I.A.I
Immaterial Art Institute, commissioned by cc Strombeek (BE)
in collaboration with Laurens Mariën as f.o.t.a. 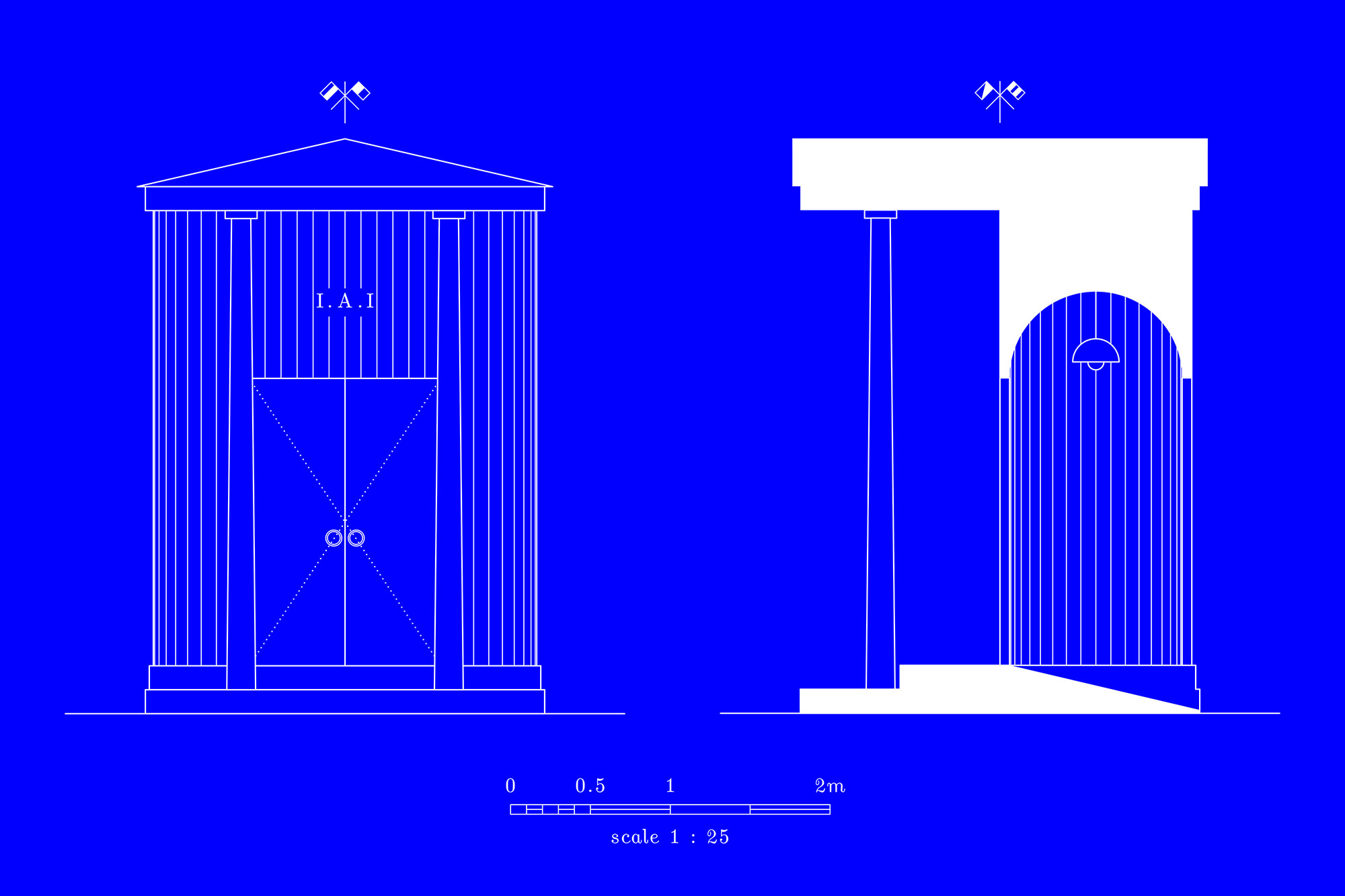 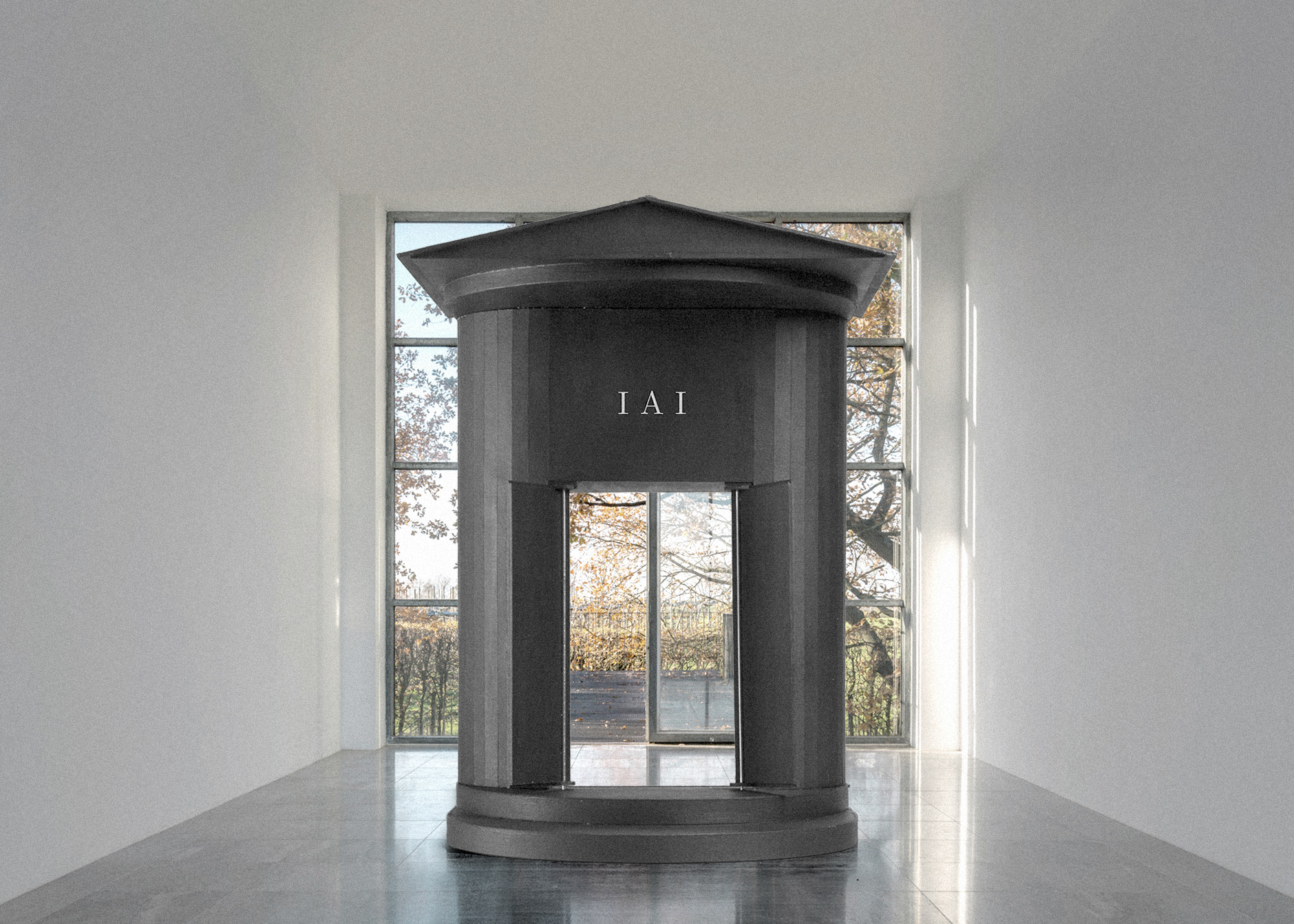 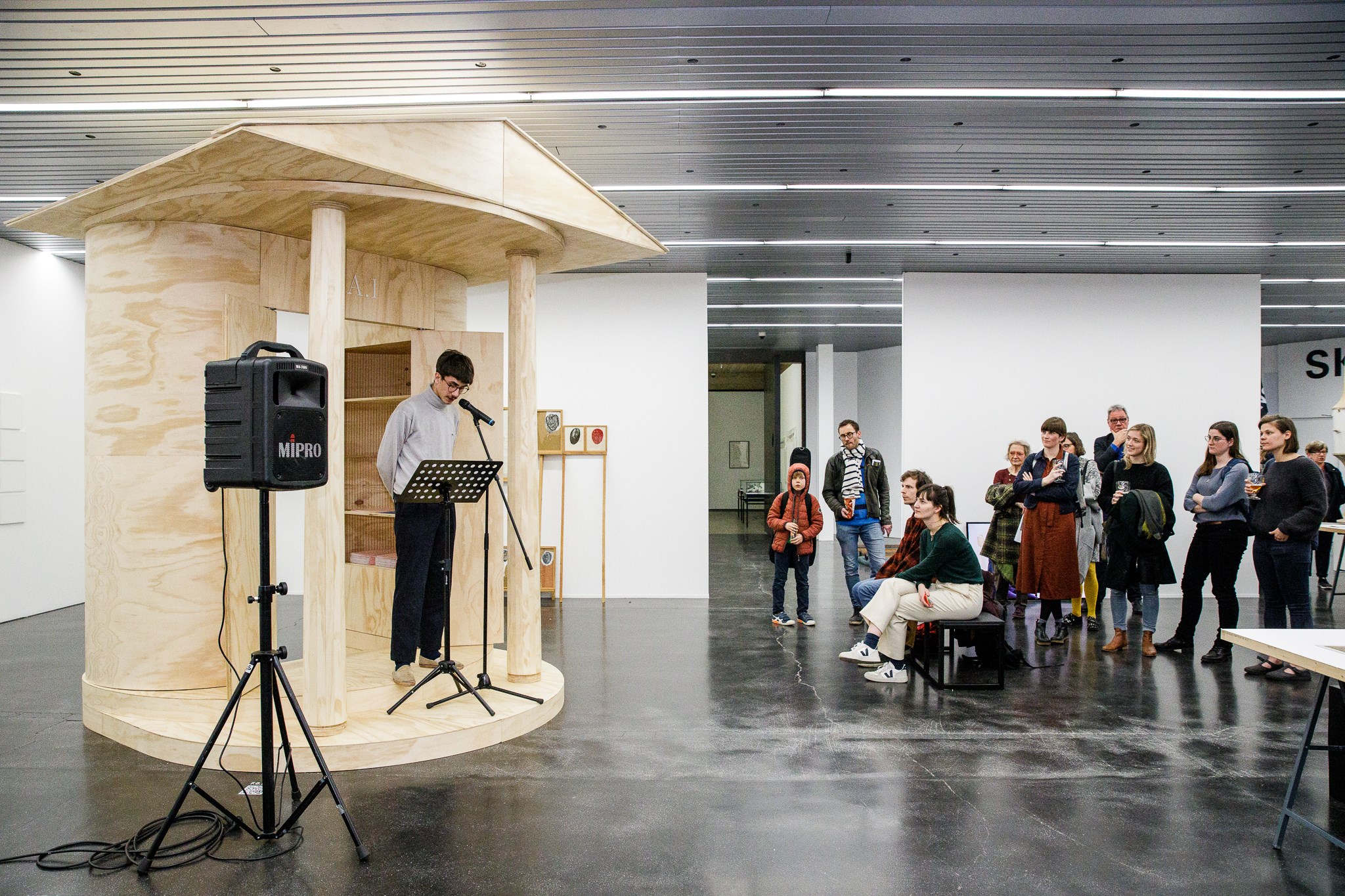 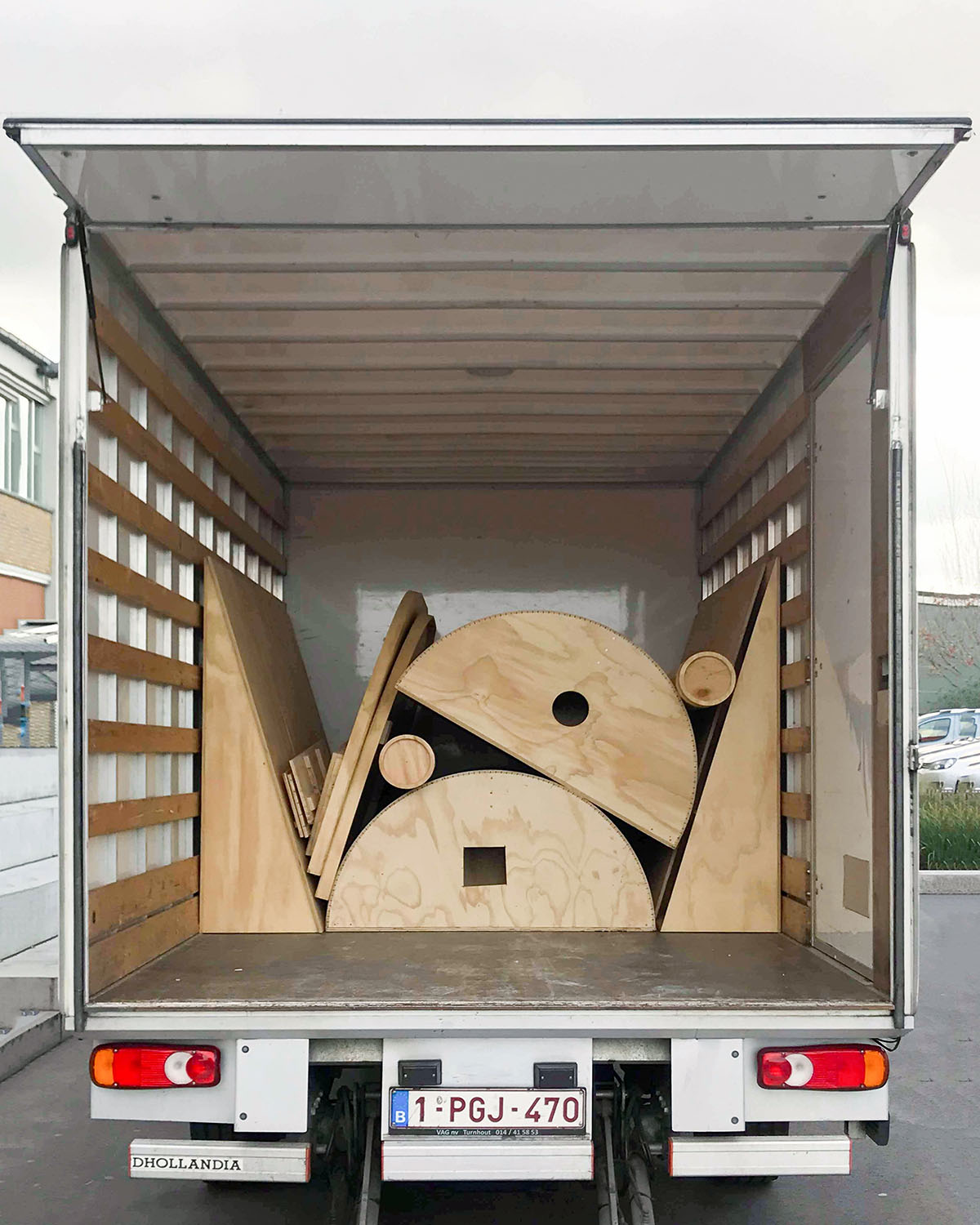 (one) Performances are irrevocably engaged with the fleetingness of time, place and bodies. Rather than countering the immateriality of performance, the I.A.I attempts to testify to its “being-there”, or its “having-been-there”. As a structure it marks the space in which performances takes place – as a monument it serves as a trace, a charged presence that can serve to evoke a performance long after it has evaded.

(two) In installing the I.A.I one vouches to fully respect performance as an art form – meaning that both the labour conditions, artistic freedom and validity of (the) performance (artist) are safeguarded throughout the artistic process. The I.A.I should not be the cause of this commitment – rather it can serve as a signifier that marks the presence of performance on both an abstract and material level.

(three) The I.A.I reconciles inside and outside, performance and institution, and viewer and artist by marking the points at which they interact. The I.A.I bestows a character on its surroundings, while simultaneously being subject to outside.

(four) The artist can contextualize the I.A.I into a desert, an institution, on a rooftop or a hill – it can serve to institutionalize an unidentified space, whilst simultaneously becoming an archive or a reflection of the events that take place. It is to be repurposed, creating a space in which fluidity is allowed to overtake the formal, authorial and archaic museal forms of a time long past.

(five) The I.A.I can be borrowed and loaned, yet never sold. In securing the circulation of the object we guarantee that it continues to open up meaning rather than to absorb and immobilize it. In this sense it is a vessel that serves to create a home for the ever-changing multiplicity of performance art. When housing the I.A.I, both the singularity and the subversivity of performance will be experienced as a virtue rather than as a threat to neoliberal paradigms.

(six) The I.A.I does not isolate performance into a culture of entertainment – rather it presents a crossover space, allowing for the viewer to re-generate in moving from the static museal to the radical nowness of performance. The dark and encompassing presence of the I.A.I temporarily dissolves the viewer into a different kind of attention span.

(seven) The I.A.I does not smother. It is and remains a performative impulse.